The rehabilitation movement that emerged as a result of casualty management in World War II had a direct bearing on professional interest and organization of care for children with cerebral palsy. Prior to the 1940s there was little organized interest in CP care with a few exceptions such as the multi-disciplinary clinic at Children's Hospital in Boston under the neurologist Bronson Crothers, and the rehabilitation center in Reisterstown Maryland organized by orthopedist Winthrop Phelps.

By 1946, the National Society for Crippled Children and Adults (Easter Seal Society) began a campaign to improve care for children with cerebral palsy and set up a CP Advisory Medical Council comprised of six professionals with an active interest in the field. These included:

These Council members met on several occasions, and in 1947 in Chicago, founded the American Academy for Cerebral Palsy (AACP) as a professional organization devoted to inter-disciplinary physician education. Winthrop Phelps was elected as the first President.

The Academy has since met annually in alternating locations across the United States and Canada since 1946. In 1950 two meetings were held, both organized by founding Academy member Earl Carlson, MD.  One was held in February of that year at the Waldorf Astoria, New York City.  Another was held in October at the Palmer House, Chicago. On September 11, 2001 only a skeleton assembly. In 2020 and 2021 the academy met virtually due to COVID-19, to nearly record setting attendance. A newsletter article published in early 2021 highlighted the amazing history impacting the AACPDM annual meetings. You can read about these stories on “weather, earthquakes, terrorism, pandemics, and even insolvency,” that have not stopped the meeting.  Memorable events including the Diamond Jubilee meeting, that was held in Boston in Sept. 2006 during which some 700 attendees participated in a gala dinner celebration highlight the fact that “Resilience is in our DNA.”

Initially, membership in the Academy was composed of Fellows who were required to be board certified physicians. Others were classified as guests. Over the years, membership has subsequently been made open to all who have appropriate background, training, and experience in the field relevant to care of individuals with disabilities. Current membership exceeds 1000.

During the 1950s, Developmental Medicine and Child Neurology ("the Red Journal") became the official journal of the Academy. It is printed in England and by 2007 was distributed in North America by Blackwell Publishing.

By the 1970s, the scope of the Academy had greatly broadened its interest in dealing with all of the disabilities associated with cerebral palsy, as well as the full range of other developmental disorders. Accordingly, the name was expanded to American Academy for Cerebral Palsy and Developmental Medicine (AACPDM) to reflect this wider interest and activity.

An International Affairs Committee was added in 1986. This has opened up membership and participation throughout the world. Scholarships are now available for attendance at the Annual Meeting. Also, close liaison and mutual exchange is increasing with similar associations such as the European Association for Childhood Disability and AusACPDM. 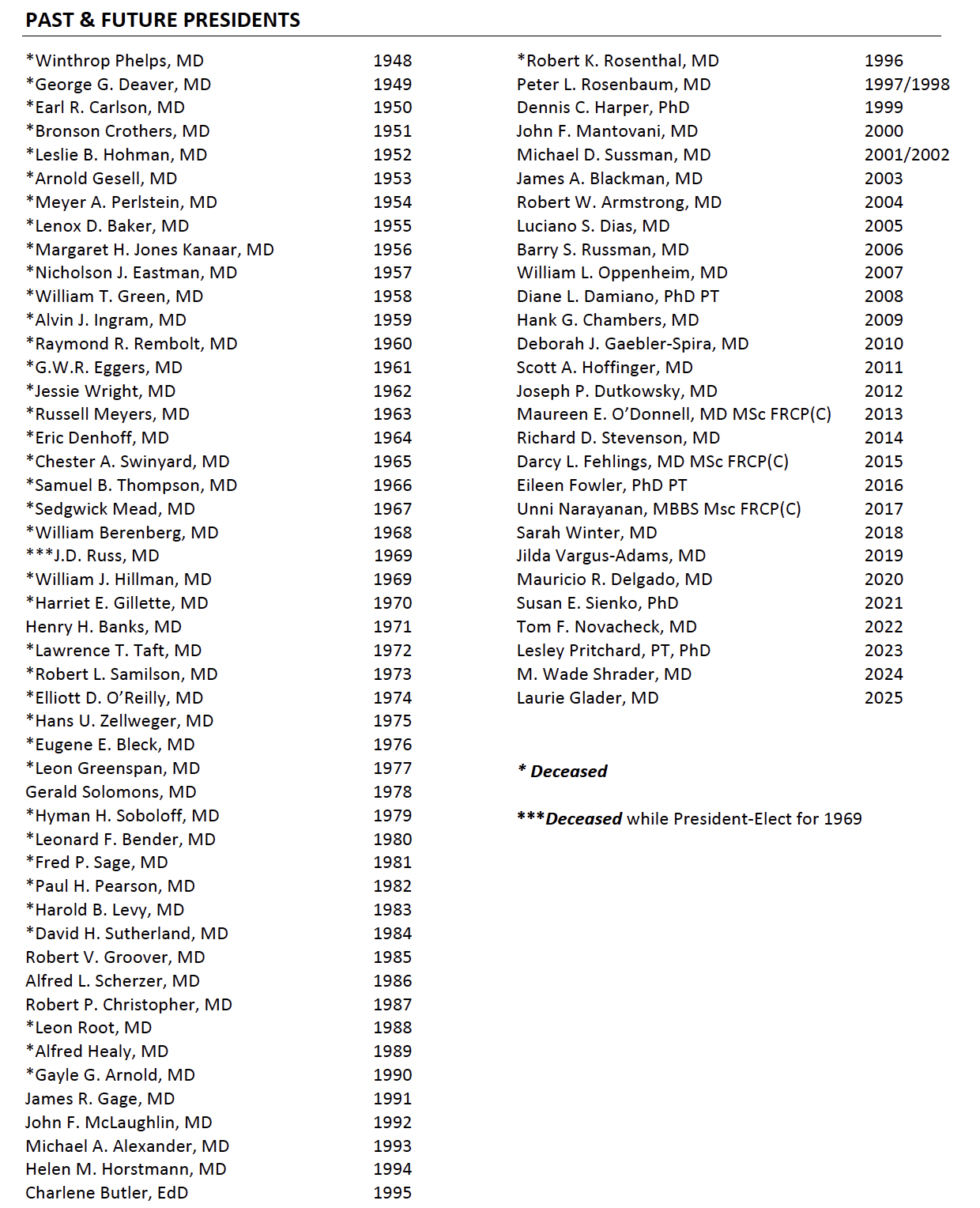